Home page for the Penn Central Wind Band (PCWB). Based out of Lewisburg, Pennsylvania, the PCWB was founded in 1994 by Dr. William Kenny who has conducted the band ever since. The band primarily consists of professional musicians and music educators. The PCWB is also one of the few ensembles to have been awarded the Silver Sudler Scroll, awarded by the John Philip Sousa Foundation "recognizing community and adult concert bands of outstanding musical excellence." 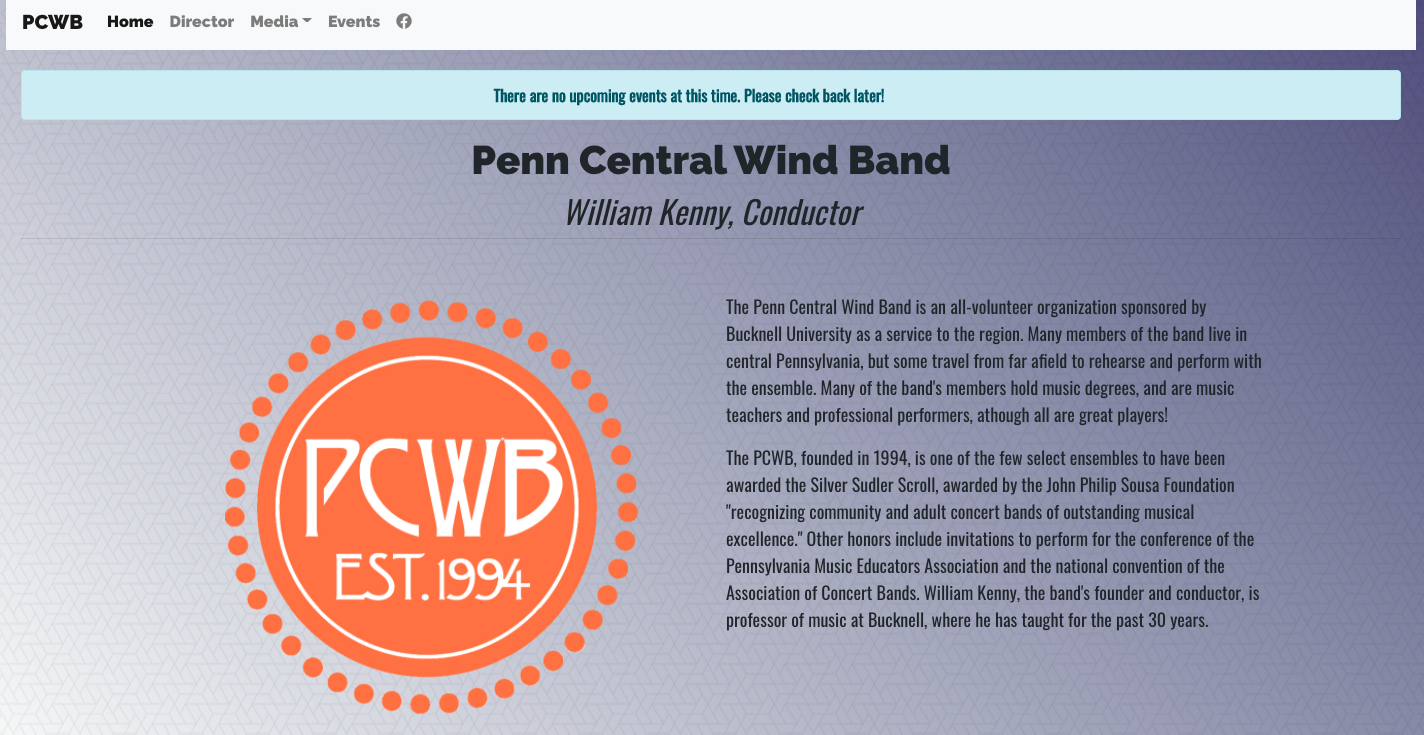